“Fish are friends, not food” 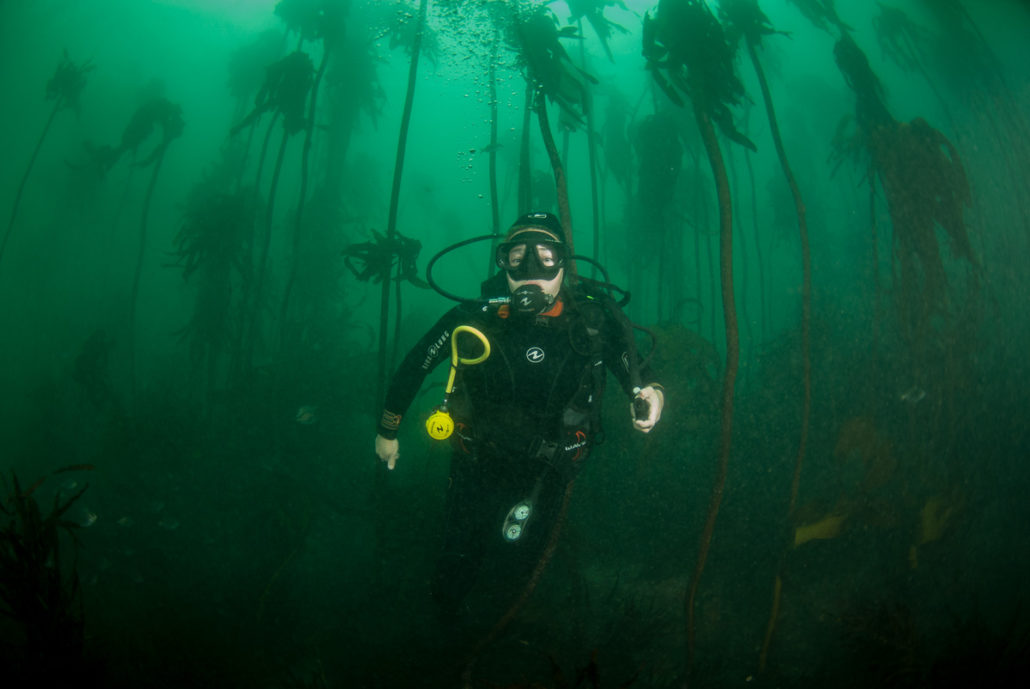 My ears perked up at the sound of conversation nearby and forcefully opened my eyes. Could it be 6am already? It felt like I had just gone to bed. I was feeling nervous, a little apprehensive and excited. Today was a much anticipated day. Freshly qualified as an open water diver, this would be the first time I would officially dive, and we would be diving with sharks. Wow.

I swallowed down a quick breakfast, loaded my bag with gear and off we went. Looking up through the windscreen I gazed at droplets falling from the threatening skies. The chill in the air and ominous clouds didn’t really calm my nerves.

We arrived at the Dive Shop, suited up in thick neoprene, and made our way to the dive site. Previously known as Pyramid Rock, the renowned Shark Alley has been renamed due to regular shark sightings. Gave me shivers. I felt cold water trickling into my wetsuit and down my back as I descended into the kelp forest below. I gave my dive buddy the signal and we all met at the sea floor. Two darth vaders under water. I had to stay focused in order to remain close to the group seeing that the visibility was low. The idea that a shark would only be visible once it was within 5 metres of me was an uncomfortable thought.

A sense of freedom overcame me as I glided through the water. Seeing marine life that is exposed to a really small percentage of the world left me feeling humbled and in awe. I felt a something poke me on the shoulder and I turned around to see my dive buddy frantically pointing to the left. And believe it or not, there was a shark! Instantly all my senses were alert and I felt so alive. Every fibre of my being was tuned into the movements of this fascinating animal. For a few seconds time stood still. I gazed at the beauty in which the shark wove through the kelp. Calm. At ease. Content. At first I thought these words were fitting to describe the shark, but I realised that those were actually my own feelings.

Being able to see a shark in its own environment was surreal. Fear was replaced by awe. The shark and I were in the same space and we were both okay. I didn’t think I would be okay if faced with a situation like this. Before disappearing, the final swish of its tail was like a confirmation of our companionship. I think I would like to see him again.