“Shark! We have another shark!” 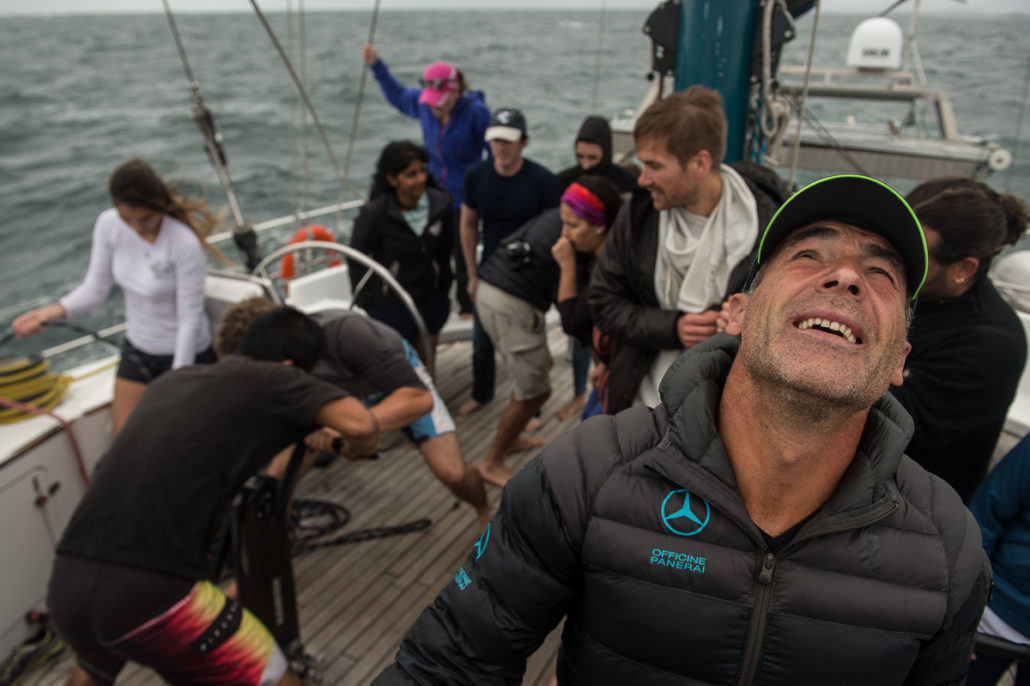 “Shark! We have another shark!” Yesterday, 22.23 o’clock, the fifteenth shark was in the books. This meant that we surpassed everybody’s expectations, since we all had thought we would catch far fewer sharks. This fifteenth shark is the end of our scientific shark research. Now, being back in Cape Town Harbor we had some time to reflect on those eventful and busy days spent onboard Pangaea.

I was personally always quite reserved towards sharks. Coming from Germany, where sharks don’t play a big role in the media, I never came in touch with the topic of sharks. That’s why in the beginning I stayed rather passive, watched the specialists do the work and was nervous about joining in. However, when I saw Dr. Allison Kock and her team bring the first shark onboard, I realized that there is no reason to be afraid of these animals. I looked at the shark, a 1.87m male, and was amazed by the sheer sight of it. Never had I dreamed that I would see a shark or even get the chance to touch it and be involved in the process of tagging it. I realized how beautiful those animals are, just as beautiful as any other kind of living being on this planet. This first encounter with a shark took all my fears away and I even jumped into the water after the first day of tagging, without being afraid of the animals that live beneath the surface. This experience once again showed me that fear is oftentimes only caused by a lack of knowledge.

Looking back, all Young Explorers feel extremely privileged of having had the unique opportunity to join a world class shark research team on one of their field trips. But not only joining and watching, but even being actively involved in the whole process. Only when you come in contact with a shark first hand, you can form a judgment about this endangered species, which is often portrayed in a very misleading way.

By Leni and Saskia