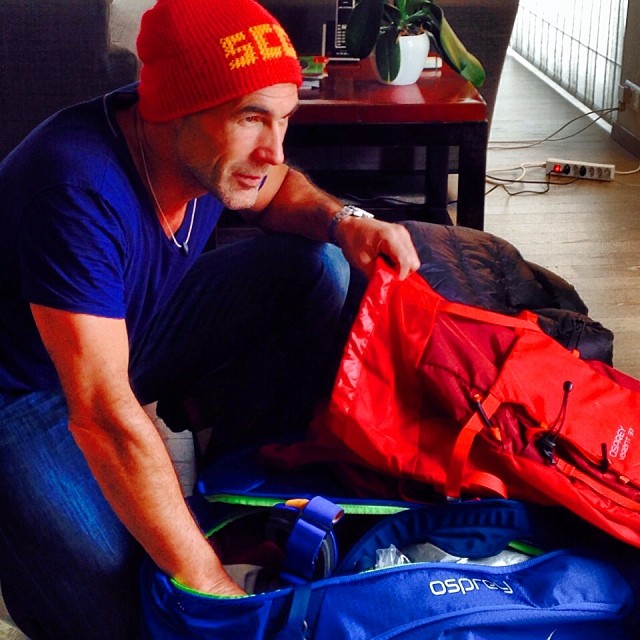 As of 9 April, Mike has been in Kathmandu for a few days, making final preparations and organizing gear for his attempt to summit the world’s 5th highest peak, Makalu.

Mike and Fred Roux will summit the majestic peak of Makalu at 8,463 meters (27,766 ft) in alpine style, without high altitude porters or the use of additional oxygen.

“I can’t wait to get to the mountains again! I’m extremely excited to share this venture with Fred Roux,” Mike says. “We have already successfully climbed two peaks over 8’000m, Gasherbrum I (8’080m) and Gasherbrum II (8’035m) without the use of additional oxygen and attempted to reach the summit of K2 last year. This year we hope to be conquer our third peak together, that of the mighty and beautiful peak of Makalu.”

The Makalu Expedition preceeds the Expedition Pole2Pole 360°, which will kick off in September 2014. On this trip, Mike will embark on another massive expedition of one-year duration, the circumvolution of the world on the longitude, traversing the South Pole, North Pole and Greenland on foot and kayak, and joining the continents on board his sailboat, Pangaea.

Mike and Fred head off with a support team of two other people, Swisscom technician, Markus Wyss, from Bern, Switzerland, who will assist in the relaying of real-time photos and video from the base camp of Makalu, and Adrian De Fay, who will join them on the trek to Base Camp.