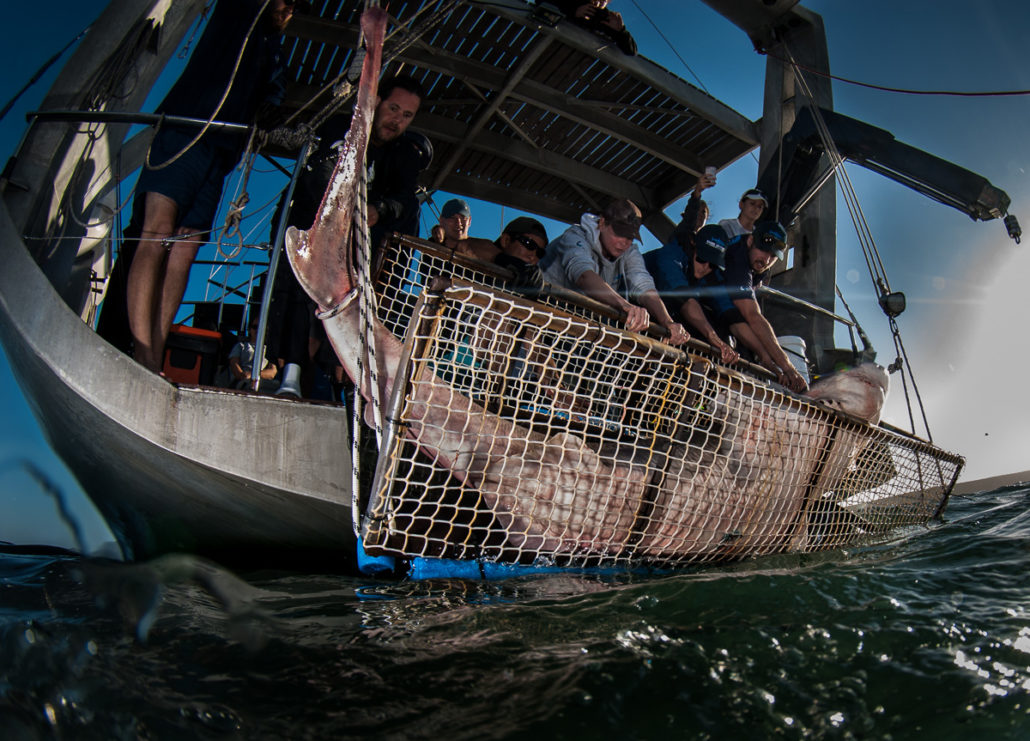 We left the familiar waters of Dassen Island and set sail bright and early into the rocking waves of the Atlantic. Our destination was an unexplored lagoon, where no sharks had been tagged before. Research around the world has shown that shallow, sheltered waters, like those in the lagoon we set sail for, often are of particular importance for shark reproduction. We were rewarded with three large females and one smaller male that we successfully tagged. They averaged 2.4 meters in length and over a meter in girth. Their large size necessitated the use of a mesh cage making them more difficult to control. Two out of the three sevengills had bite marks on their sides, which were most likely inflicted by male sharks during mating.
Feeling more confident with the new skills and practice the Young Explorers gained the last few days, we were much more involved with the tagging process, even though these sharks were significantly larger than those caught on previous days. Throughout the day we were once again amazed by the many skills and knowledge that each member of the diverse shark project team bring to the table. In one corner you could see people learning how to tie sailing knots, in the other they were practicing surgical stitching. Everyone had something to offer the group. Once again we were enthralled by Mike’s passion for exploration. We gathered around to his endless stories of childhood dreams becoming reality which ended in discussions on the feasibility of interplanetary travel.